Recumbent vs. Upright Bike – Which One You Should Choose? Are you looking for a new piece of equipment for your home gym? Then you’ve probably stumbled upon the recumbent and upright bikes.

At first glance, these two exercise machines may not seem that different. And while they share many similarities, they can be different when it comes to comfort, muscles worked, and other factors.

If you’re not sure whether you should go for a recumbent or upright bike, continue reading to learn more about these two exercise machines and what makes each of them a suitable choice!

There’s no definitive answer on whether exercising on a recumbent or upright bike would be better for you. It all depends on your goals, fitness level, and whether you’d prioritize comfort over a better workout. Nevertheless, you can make your upright bike more comfortable by replacing its seat with a slightly bigger and more comfortable one, but it’ll never be as delightful to sit on as a recumbent bike’s seat.

If you’re used to riding outdoor bicycles, exercising on an upright bike will feel quite natural for you. All you have to do is get on the seat and start pedaling; it’s as easy as that.

Recumbent bikes are also not that complicated to get started on. However, since your movements on a recumbent bike will be somewhat unusual compared to that when riding an outdoor bicycle, it’ll take some time to get used to. Nevertheless, you should get the hang of it after a few sessions.

Back and Joint Pain On an upright bike, you need to maintain an upward position, forcing you to use more muscles and, thus, place a bigger burden on your joints.

It’s also worth noting that your chances of injuring yourself when exercising are less on a recumbent bike than on an upright bike.

When you sit on the seat of a recumbent bike, a good portion of your weight is transferred to the reclined back of the seat, placing less load on your back. On the flip side, an upright bike holds all of your weight on a small tailbone chair, which could result in back or buttocks pain or injury.

When sitting on an upright bike, like the Schwinn 170 upright bike, you need to lean forward to grab the handles to stabilize your body, which requires you to use your arm and abdominal muscles.

In other words, if your goal is to build more muscle mass, an upright bike is the way to go.

Neither recumbent nor upright bikes require a high level of experience for you to figure out how to exercise on them. However, upright bikes feel more familiar for a wide range of people because of how similar they are to outdoor bicycles. Since an upright bike requires you to work more muscles than a recumbent bike, it’ll help you burn more calories. More muscles worked equals a higher metabolism, which corresponds to faster calorie burn.

The Nautilus U616 upright bike is capable of giving you that high-intensity exercise you seek.

Both recumbent and upright bikes allow you to progress by either increasing speed or resistance. There isn’t really anything different between the two pieces of exercise equipment here.

One could argue that since recumbent bikes are easier on your joints, you might be able to progress faster on them.

Upright bikes occupy less space than recumbent bikes, so if you have limited space at home for your new piece of equipment, you might want to go for an upright bike.

To recap, both recumbent and upright bikes are excellent exercise machines that can help you build muscles, lose weight, and improve your cardiovascular health.

The choice between the two primarily depends on your personal preference. If you don’t feel uncomfortable when exercising on an upright bike, then, by all means, get one for your home gym. It’ll help you gain more muscles and burn more fat faster.

On the other hand, if upright bikes hurt your joints or muscles, a recumbent bike would be your best bet. It’s way more comfortable than any upright bike out there. 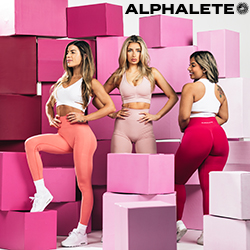